← more from
Wah Wah 45s
Get fresh music recommendations delivered to your inbox every Friday. 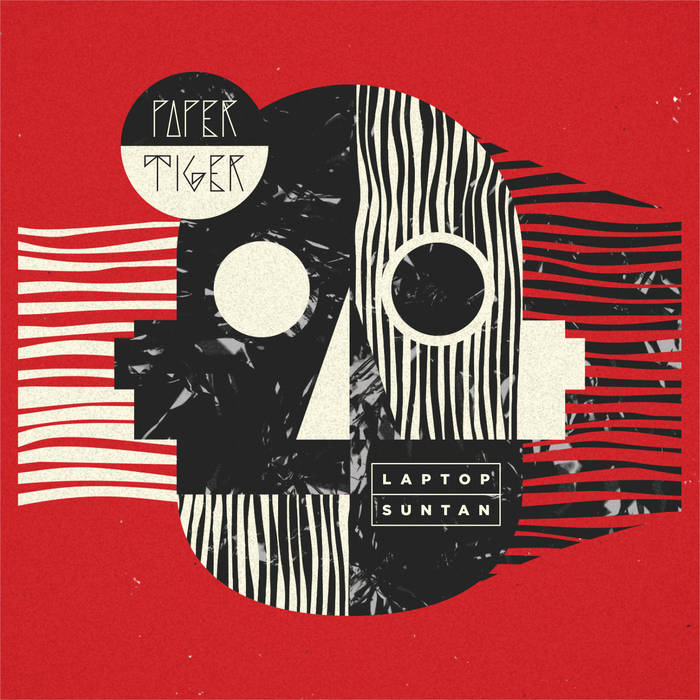 Since their humble beginnings in a Wolverhampton suburban bedroom, Leeds-based hip hop, space jazz and bass-loving outfit Paper Tiger have carved their own niche in the electronic music scene, both as a heavyweight production outfit and as a damned fine live band (sharing stages with the likes of Jaga Jazzist, Rustie, Gaslamp Killer, Daedelus, Alice Russell, Amon Tobin and many more).
Following on from their first of three releases on Wah Wah 45s, the six-piece found themselves highly sought-after, and consequently working with a wealth of talent that included Benin City's Joshua Idehen, British rap superstars Foreign Beggars, leftfield U.S. trio Archie Pelago and, most recently, Stones Throw recording artist (and possibly the greatest MC out there right now) Homeboy Sandman. The latter's collaboration with the band's resident wordsmith, Raphael Attar, is just one highlight of Paper Tiger's debut long-player, appropriately titled (for a crew who work as hard as these guys do) 'Laptop Suntan'.

The album is, as you might expect from artists with such broad tastes, a wonderfully diverse yet cohesive package. From the dextrous lyricism of Attar, as well as guests that include highly-rated UK MCs King Kaiow, Infinite Livez and Bang On! (Big Dada), to the sultry, soulful sounds of Sabira Jade (DJ Vadim, Frameworks), this album covers a myriad of palettes within electronic music. There's a sonorous, mature quality in cuts like 'Gundam Bling' and 'Drift', as well as a keen sense of humour on tracks such as 'David Starkey' and 'The Sting'.

Paper Tiger make music that's one moment subtle, sensitive and delicate, and then another witty, sharp and supremely funky - it all comes together beautifully on 'Laptop Suntan', an album that will appeal to lovers of hip hop, soul and dance music in equal measure.

Production team and live band based in Leeds, UK.

Bandcamp Daily  your guide to the world of Bandcamp

Nightmares on Wax and Bremer McCoy stop by with their sublime new LPs.